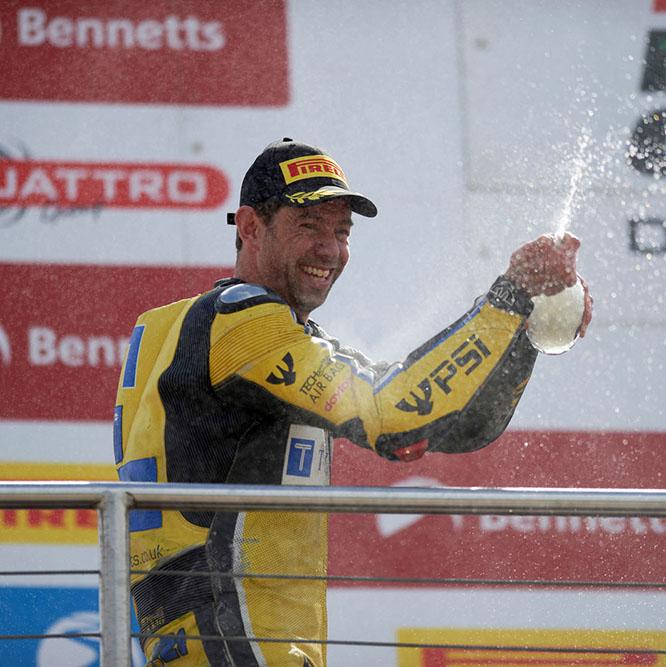 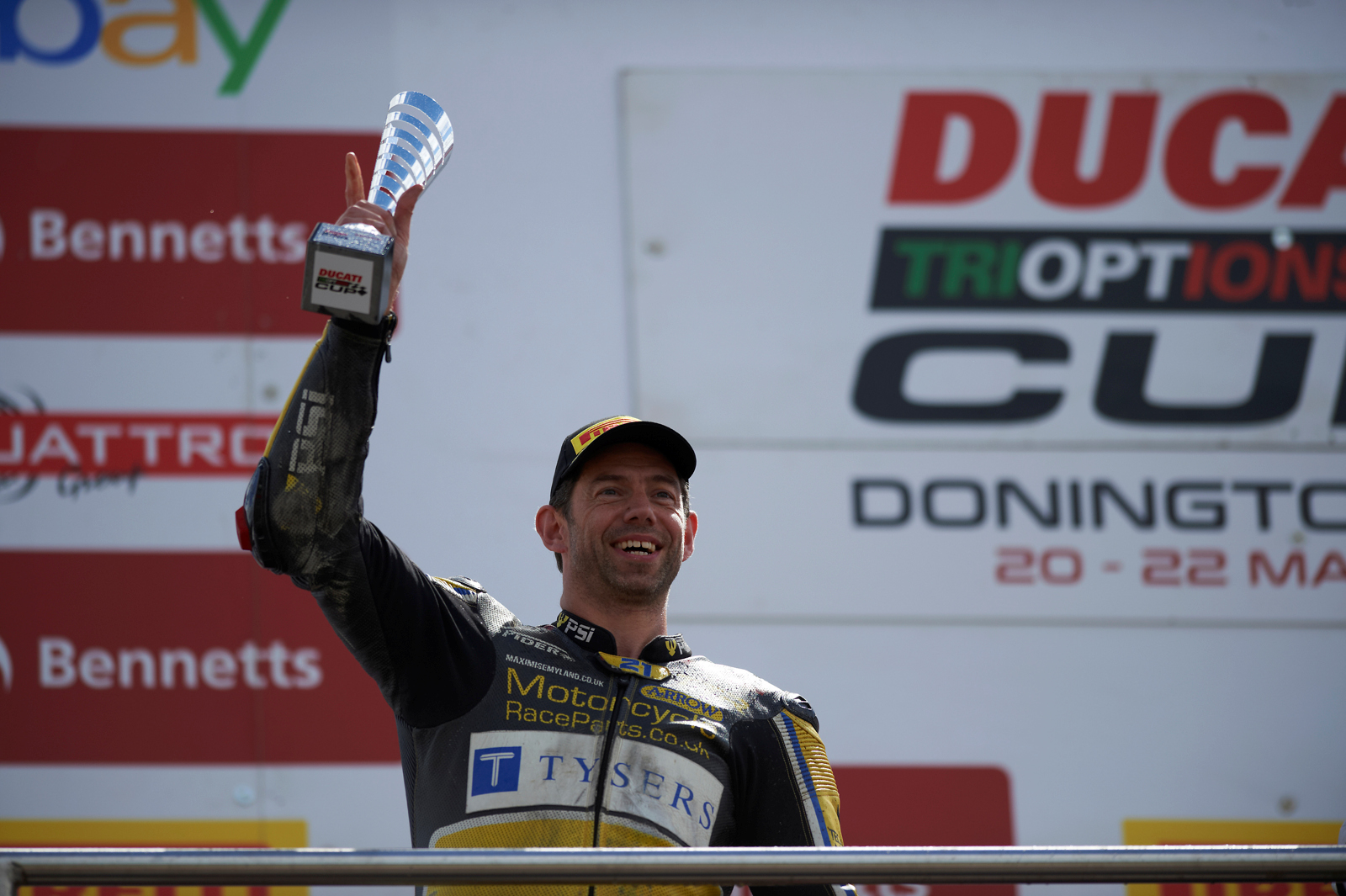 The latest round of the Ducati Cup saw Tom Tunstall get closer to the win with two very close races ending in a brace of second place finishes.

As part of British Superbike support class the second round of the 2022 series was staged on the Donington Park National circuit in the first of two visits. The second as part of the World Superbike event.

Still on a steep learning curve, Tunstall and his MotorcycleRaceParts / Tysers backed team continued to hone the set up of their Ducati V2 race machine. Improvements in each session yielded a 2nd place grid slot for the two races.

Saturday’s race one saw Tunstall get away behind series leader David Shoebridge who edged out a gap to nearly two seconds.

As the race went on Tunstall’s pace increased and with two laps to go it was under a second. Eventually taking the flag only 0.25 seconds from the win.

A mistake on lap 9 gave Tunstall the chance to take the lead into Redgate Corner. Side by side down the ultra fast Craner curves section. Tunstall battled to hold the lead before relenting to mount another challenge.

Backmarkers came into play and as the pair cut through started the final lap separated by only 0.5 sec.

Into the final sector another two slower riders blocked Tunstall’s challenge meaning a frustrated Yorkshireman crossed the line in 2nd place. Nearly 20 seconds in front of the third place finisher.

“It’s been another good weekend for us. I’m enjoying the bike and still learning to get the best from it. Shoey is a good benchmark, we’re now giving him a decent race and getting closer to that win.

Both races were close and given an extra lap of better luck with the back markers the result could have been very different. But that’s all part of it so I can’t complain.

It was good to get a brief taste of leading and we’ll keep focussed and working to get more from the bike and myself.”

“With the TT etc there is a break till our next round but I can’t wait to get back and do our best to go one better next time.”

Round 3 returns to Donington Park but on the GP circuit, over the weekend of 15th-17th of July as part of the British round of the World Superbike Championships.