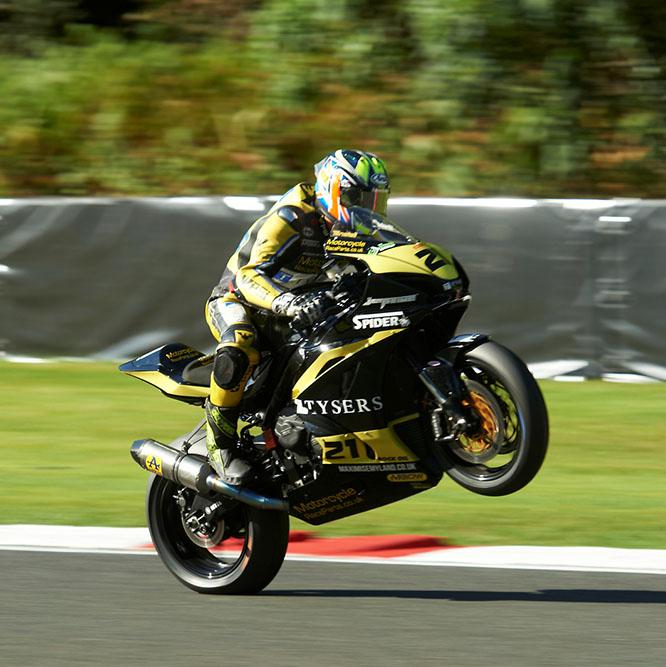 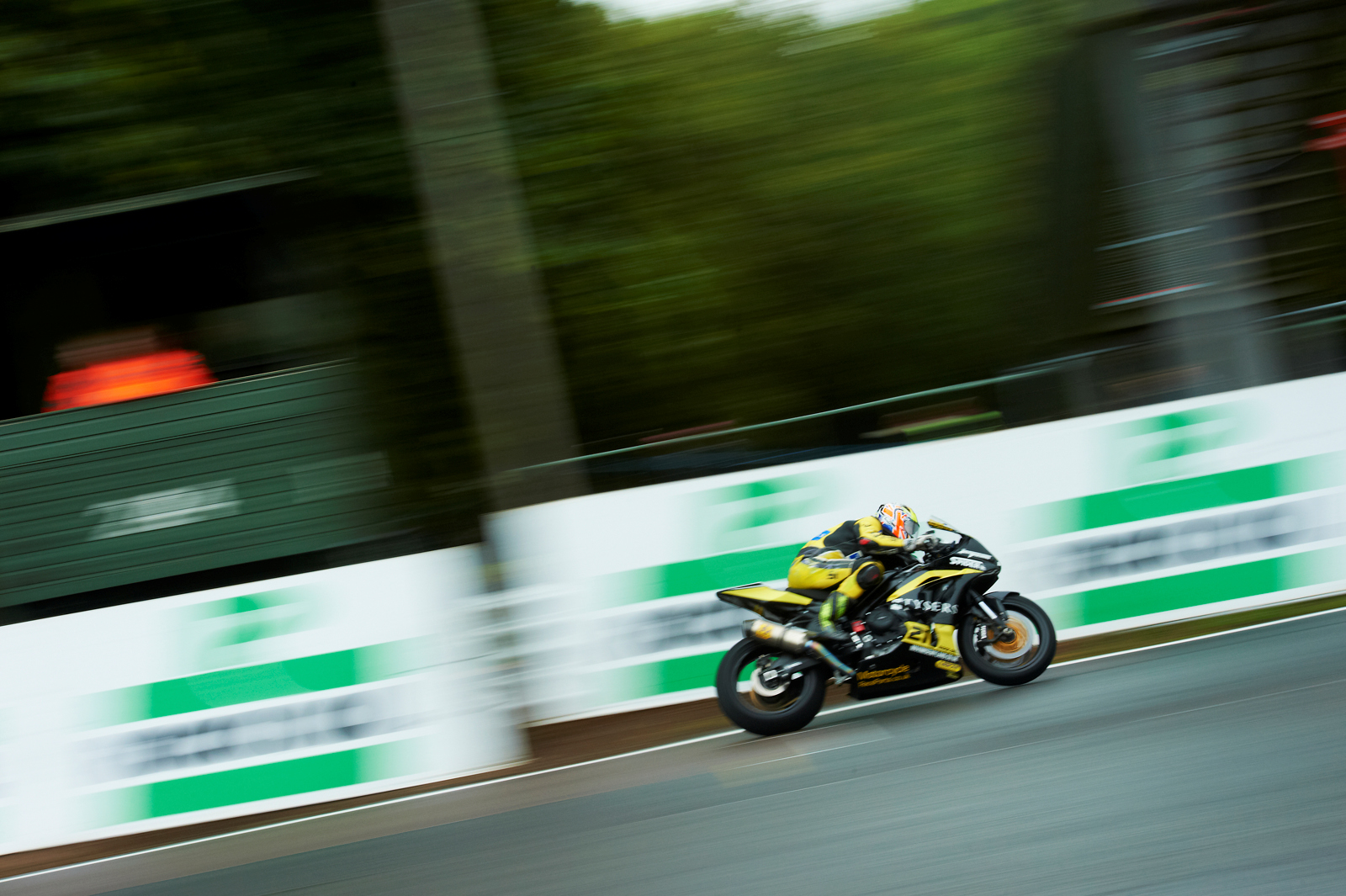 It was a tough break for Superstock racer Tom Tunstall as a front brake issue in Sunday’s race caused a crash leaving him nursing four broken ribs.

Oulton Park in Cheshire hosted its second British Superbike event of 2021 with once again a full grid in the highly competitive National Superstock class.

A solid start in the practice sessions and a new direction on bike geometry was paused for qualifying. With drizzle bringing patchy conditions for the single session, all 40 riders on wet tyres were trying to make best of the drying track. Hindered by slow riders on his last flying lap, TYSERS insurance backed Tunstall took a 29th place grid slot for Saturdays 14 laps race.

Making two places on lap one and up to 25th by half race distance his pace appeared to drop and it was only after the race that the issue became clear:

“From lap 6 or 7 I started to get brake fade, so much so that I had to learn how to use my full hand to brake otherwise the lever was crushing my fingers between the bar.
I was happy to just bring it home and without the issue I know we’ll be able to have a lot stronger performance tomorrow.”

Despite checks on the brakes overnight, the short morning warm up session highlighted an issue remained so a whole spare front brake system was fitted to the bike going into the race.

Into the second lap as Tunstall made the 4th gear 100mph+ run to the Shell Hairpin he found himself without brakes. Unable to scrub off speed and avoid a nasty crash, he was caught up with the bike and hit the barrier which was fortunately covered by Recticel foam.

The excellent BSB medical team diagnosed broken ribs and he was transferred to Stoke hospital for further checks and CT scans, fortunate to come away without any internal injuries and released early the following morning.

“Obviously four broken ribs is far from ideal but it could have been worse. I’m not sure exactly what happened. It’s too early to say what the cause of the brake problem was, it’s painful and very frustrating but mechanical issues can happen in racing. The focus is to understand and resolve the issue and of course hopefully have a speedy recovery”.

The injuries mean Tom and the TYSERS team will miss this weekend’s British Superbike event at Donington Park.